Among Us sets up search for imposter 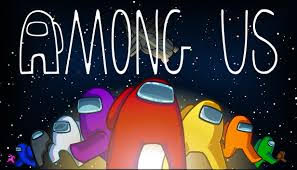 Over the past couple years, players have seen the release of many amazing games such as PlayerUnknown’s Battlegrounds, Fortnite, Apex Legends and Call of Duty Modern Warfare just to name a few. With the latest hottest game being Warzone, a classic battle royal game where a person or team fights against 100 other players in a winner takes all last man standing match, players expected the next biggest game to be similar, as game developers tend to make similar games.

Instead of a battle royal game, players got a social deduction game released in 2018 called Among Us. Among Us never got mainstream attention and went under the radar for almost two years. The game started to take off summer of 2020 after being streamed by popular streamers and Youtubers such as Toast, Shroud, KYRSp33dy, PewDiePie and many more in the span of a month. This exposure caused so much buzz for the game that the developer, Innersloth, decided to announce plans on making a sequel, although these plans were later canceled.

Among Us is a spaceship-themed game where players are pitted against one another to find out who is the impostor. There are two classes which are chosen at random between crewmate and impostor. The crewmate’s job is to complete all the tasks that involve repairing the ship or vote off the imposters before they are killed off. The imposter’s duty is to sabotage both the ship and the crewmates while killing them off before they can finish their tasks.

The imposters have several ways of increasing their chances of winning such as voting off innocent people. The imposters can also put the blame for their murder on someone else. For example, if Blue kills Pink with Green right beside him, then in the voice call such as discord TeamSpeak or skype, Blue calls out Green for killing Pink, confusing and convincing the other crewmates to vote off Green.

The game can range from three to 10 players with up to two imposters; although, the game is more entertaining when there are more than five players. This game is also best played with a group of friends, but be warned this game can ruin friendships. When playing in a voice call such as discord or TeamSpeak, there is an unspoken rule of muting one’s microphone in order to make the game as interesting as possible and not to speak once your character is dead. Another fun little tidbit is having the host turn off the setting that allows everyone to see if someone voted off was the imposter or not. This would allow more of a mystery if they voted off the imposter.

Potential players can download Among Us for free on Android and Apple platforms, but it costs $4.99 for desktop users on Steam.