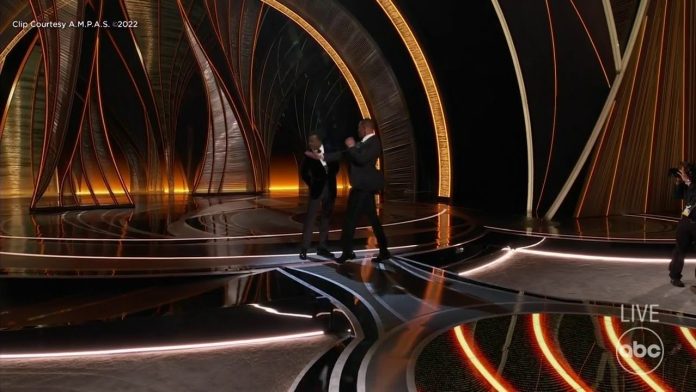 Most Americans and even people worldwide are aware of the incident at the 2022 Oscars Awards. It’s a day that people are likely to not soon forget.

When actor Will Smith slapped comedian Chris Rock in front of a live audience, the crowd went silent.

It is not a rare occurrence that a comedian offends someone. However, it is rare when the person that the joke is referencing gets so offended that they stand up and assault the comedian in front of a live audience of thousands of people.

Comedian Chris Rock hosted the 2022 Oscars. Rock has been in comedy since the early 1990s, as well as being an actor, producer and film director. During the Oscars, Rock made an inappropriate comment about Will Smith’s wife, Jada Pinkett, concerning a medical disorder that she possesses known as alopecia.

Rock said, “GI Jane two can’t wait to see it,” which referenced Pinkett’s shaved head. After Rock made this comment, Jada’s facial expression changed, and she became visibly upset. Then, without warning, Will Smith casually strolled onto the stage unannounced and slapped Rock mercilessly across the face. Things did not end with the slap. Smith returned to his seat and began screaming at Rock saying, “Keep my wife’s ***** name out of your mouth.” The crowd seemed astonished.

Those in support of Rock say that comedians will just be comedians and that people should not take things that they say to heart. Recently, it seems as if the number of people who are offended by comedians has increased, leading society to question, “Is there such a thing as taking the joke too far?”

These two questions are subject to opinion. However, one thing is for sure, Chris got rocked.

Laurel Little Theatre opens its 62nd Season with the musical, “SOMETHING ROTTEN.”  Evening performances are July 29-30 and August 5-6 at 7:30 PM and Sunday...
Read more
Entertainment

Laurel Little Theatre announces their upcoming 62nd year, “A SUPERCALIFRAGILISTICEXPIALIDOCIOUS SEASON!” that begins the end of July. The annual LLT brochure went out this week to the...
Read more
Entertainment