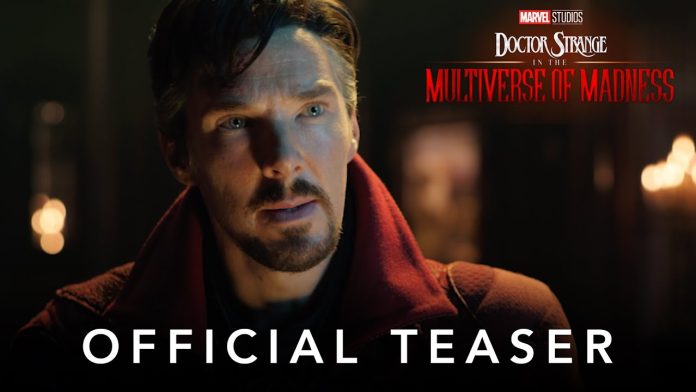 Following closely behind the narrative in “Spider-Man: No Way Home,” “Multiverse” details the events after Dr. Strange used ancient and powerful magic to save life as humanity knew it. Once the spell had been cast, a connection or gateway between universes was opened, and the world was thrown into a state of disarray as things quickly spiraled out of control. Strange is forced to seek the aid of the Scarlet Witch with her ability to harness chaos magic to attempt to close the portal between worlds before something or someone waltzes through it and causes trouble. Unfortunately, Strange and friends cannot close the door to the Multiverse in time, and as Master Wong (Benedict Wong) warned, a strange and frighteningly strong entity emerges from it.  Online trailers offer a glimpse of the grim threat from the multiverse, pitting Strange, Scarlet Witch and Wong against an enemy that seems capable of overpowering them all.

“Multiverse” is set to be the MCU’s eleventh installment of Phase Four of film releases that will span 2021 through 2023 and cover various platforms and delivery vehicles from feature films to seasonal episodes of smaller series. Marvel plans to weave “Multiverse” into the intricate lace of their cinematic universe, having it follow and complement the stories of not only “Spider-Man: No Way Home,” but also “Endgame,” “WandaVision” and the first season of “Loki,” all of which are available on streaming services like Disney+ and Netflix.

Those waiting patiently for “Doctor Strange in the Multiverse of Madness” to release will be pleased to know that it is now available to watch in theaters all over America. Some fans in China and Saudi Arabia will not be able to view it, however, as the film has been reviewed and banned. While Saudi Arabia banned the movie due to LGBTQ+ representation, China has not officially given a reason.

Laurel Little Theatre opens its 62nd Season with the musical, “SOMETHING ROTTEN.”  Evening performances are July 29-30 and August 5-6 at 7:30 PM and Sunday...
Read more
Entertainment

Laurel Little Theatre announces their upcoming 62nd year, “A SUPERCALIFRAGILISTICEXPIALIDOCIOUS SEASON!” that begins the end of July. The annual LLT brochure went out this week to the...
Read more
Entertainment

PC gamers will be familiar with the wildly popular title “The Stanley Parable,” a mind-bending game written by developers Davey Wreden and William Pugh...
Read more