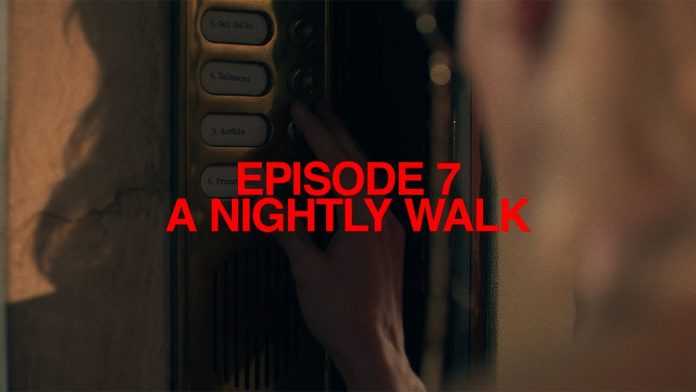 As a Covid-filled 2020 comes to an end, it seems most everything this year has been disrupted, but lucky for the fashion obsessed, Gucci’s creative director Alessandro Michele has presented the world with a never-been-done venture called GucciFest.

Michele is known for his nontraditional and fresh take on all things fashion and is constantly producing and presenting forward-thinking ideas, and he just so happens to be in the middle of unveiling his latest creation – a seven-day fashion film festival involving a colorful cast and an even more colorful wardrobe.

By simply visiting Gucci’s YouTube Channel, the fashion festival is viewable with one new episode released daily, as well as different premiere times that range from 9 p.m. to 12:30 p.m. CET.

Van Sant and Michele’s miniseries explores the everyday life of the everyday woman, starring Silvia Calderoni, whose real-life resume consists of actress, artist and performer. With one episode of the mini-series being released each day, Silvia is seen running errands all over Rome while dressed head to toe in Gucci. In fact, each outfit in the series is Gucci as this was Michele’s way of revealing his new collection while opting out of the traditional fashion week shows.

Though there is no true plot to Ouverture of Something That Never Ended, one key concept is the confidence and power that can be felt through fashion no matter what the person wearing the clothes is doing. Michele’s new collection is inclusive and jubilant and graces the likes of Harry Styles, Florence Welch, Billie Eilish and Jeremy O. Harris throughout the miniseries.

In addition to celebrity cameos, the list of well-known creatives involved with GucciFest overall stretches long. So far, Petra Collins, Susie Lau, Phoebe Bridgers, Willy Ndatira, Hari Nef, Natasha Lyonne, Alexa Chung, Kenny Schachter, Zoë Blue Arquette and Jared Leto have appeared on a podcast discussing all things GucciFest. Since Michele loves to surprise his fans with special collaborations, it’s safe to say that viewers are in for many more guest appearances in the final days of this exciting event.

It’s no secret that Michele likes to shake things up, and back in May, posted the following statement to Instagram:

“I will abandon the worn-out ritual of seasonalities and shows to regain a new cadence, closer to my expressive call. We will meet just twice a year, to share the chapters of a new story. Irregular, joyful and absolutely free chapters, which will be written blending rules and genres, feeding on new spaces, linguistic codes and communication platforms. And beyond, I would like to leave behind the paraphernalia of leitmotifs that colonized our prior world: cruise, pre-fall, spring-summer, fall-winter. I think these are stale and underfed words.”

In a way, Michele’s timing is perfect. The world is currently in shambles and all rules and traditions have been aggressively thrown out the window.

February is the month known for recognition of Black History Month. Although February is over, the celebration can continue with good black-led TV shows...
Read more
Entertainment

As we remember the late Cecily Tyson, we look back to see all of her accomplishments and how she grew to be the big...
Read more
Entertainment

Every couple of years, big gaming companies come out with new consoles or gaming components. When these releases happen, scalpers tend to buy them...
Read more

Starbucks to be built in Union

Starbucks to be built in Union