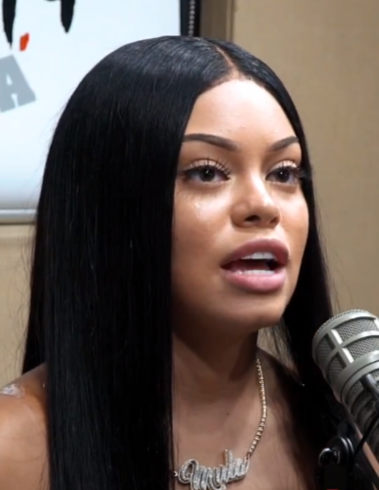 Alyssa Michelle Stephens, AKA Mulatto, began her rap career around 2016 when she won Lifetime’s TV talent show The Rap Game.  Before that, she joined the family tradition of being a drag racer (as in cars, not queens).  At the age of ten, Stephens switched gears from racing to music.  She grew up on video shoots because her dad built cars with candy paint, big rims and hydraulics, and rappers would rent them for their videos. Growing up around this lifestyle in Atlanta, Georgia, inspired her along with the other musicians associated with the state like Usher, Andre 3000, TLC and Childish Gambino.

Although she won the talent show, Mulatto decided to start a following of her own instead of taking a record deal after the show, with great success.  Four mixtape releases later and after working with artists like Janelle Monáe and Future, it was 2019’s daring song that proved to be her breakout hit.  Due to her following, her songs “In n Out”and “Muwop” have reached millions of views.  Mulatto’s music can be found on Spotify, Apple Music and YouTube.

Jones student, Sydnee Sanford said, “I love her. I have known about her since she was on The Rap Game talent show.”

Mulatto has a heavy impact on today’s youth and women.  Because they look up to her, she works to educate and bring awareness to the matters that affect her community.

“Incorporating Breonna Taylor in my music video was me using my platform to bring light to the situation. My lyrics and persona speak for independent liberated women, so I’m all for feminism and women empowerment,” Mulatto said to Vogue magazine during an interview.

Even though Mulatto is still new to the music industry, she is making an impact on people, especially in the rap industry, by showing that there can be more than one female rapper at the top with Cardi B and Megan Thee Stallion’s help on the set of WAP.  She shows that you can do anything you want if you love what you are doing, no matter what others say.