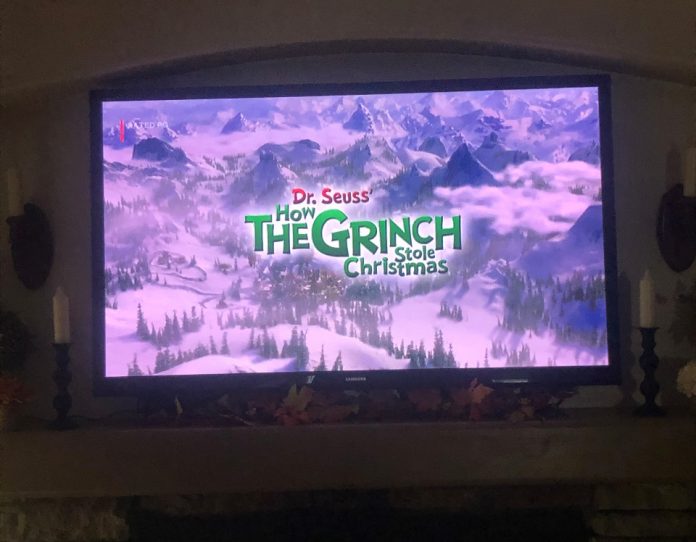 The winter is coming, and it is the season to be cuddled up with family, friends and loved ones. A great way to do this is to watch popular Christmas movies on Netflix such as How The Grinch Stole Christmas, This Christmas, The Knight Before Christmas, The Christmas Chronicles and The Holiday Calendar.

How The Grinch Stole Christmas has been a Christmas classic since 1966 when the animated version was released. The story is about a wicked grinch who hates Christmas. He decides to dress up as Saint Nicholas and steal Christmas to prevent people from enjoying the holiday. Through a series of events, he realizes the true meaning of Christmas and gives the people of Whoville their presents, celebrating Christmas with them. It was not until Nov. 8, 2000 when Ron Howard brought the Grinch to the big screen starring Golden Globe award winning Jim Carry as the grinch. Carry is best known for his roles in The Mask, Dumb and Dumber, and Bruce Almighty. Carry also starred in another Christmas movie, A Christmas Carol.

This Christmas is about a broken family that comes together for the holidays. Two of the sisters have animosity towards each other. The oldest brother is in debt with two dangerous men, and the only reason he came home for Christmas is to avoid those men. The second oldest brother goes AWOL in the military to be with his family. The baby brother has a love for music and wants to sing, but the mother does not want her son to follow this career because their father left them to be a musician. Secrets are revealed that brings them closer as a family. The movie was released in 2007 with known actors such as Chris Brown, who is an R&B singer that has become one of the biggest R&B singers and also helped with the soundtrack of the movie, Regina King, who is best known for her roles as Huey and Riley in the series The Boondocks. There are more known faces such as Lauran London and Loretta Devine and Keith Robinson.

The Knight Before Christmas is about a knight who is sent to the present day on a quest. He bumps into a science teacher who was recently cheated on by her last boyfriend who she still has to see around town. As the knight tries to conquer his quest so he can get back to his time, he cannot help but fall in love with the teacher who feels the same. The Netflix original casted Vanessa Hudgens as one of the main characters. Hudgens is best known for her role in Disney’s High School Musical series as Gabriella. She also starred in Grease Live, Spring Breakers, and another Netflix original movie, The Princess Switch.

The Christmas Chronicles is about siblings who want to capture Saint Nick on Christmas Eve. After they accidentally crash Santa’s sleigh and lose all of the Christmas presents, they plan an all-nighter to save Christmas.

The Netflix movie was released in 2018, and its sequel, The Christmas Chronicles 2, will be released Nov. 24. The Christmas Chronicles 2 is about Kate, now a teenager, who reunites with Santa to save Christmas when a naughty elf wants to destroy Christmas. Kurt Russel, who stars as Santa Clause in both movies, is probably the biggest star in the Netflix movie series as he has been in big movies such as Elvis, Guardians of the Galaxy Vol. 2, Overboard, Furious 7 and Sky High. Russell will be in the new Fast and Furious movie in 2022.

The last Netflix Christmas series, The Holiday Calendar, is about a photographer who inherits a calendar from her grandfather. At first she thought it was just a simple calendar, but she then realizes that the calendar is magical and can predict her future. Kat Graham, who stars as Abby, and Quincy Brown, who stars as Abby’s best friend, are the two most well known faces. Kat Graham is mostly known for her role in The Vampire Diaries as Bonnie. Graham has also starred in movies such as Honey 2, 17 Again, and Tupac’s biography,  All Eyez on Me as Jada Pinkett Smith. Being the son of rap legend Sean Combs (Puff Daddy), Quincy Brown and his other five siblings have been in the spotlight since they were children. Brown is involved in music, acting and performing. Brown has starred in big television shows and movies such as Star, Brotherly Love, and Dope.