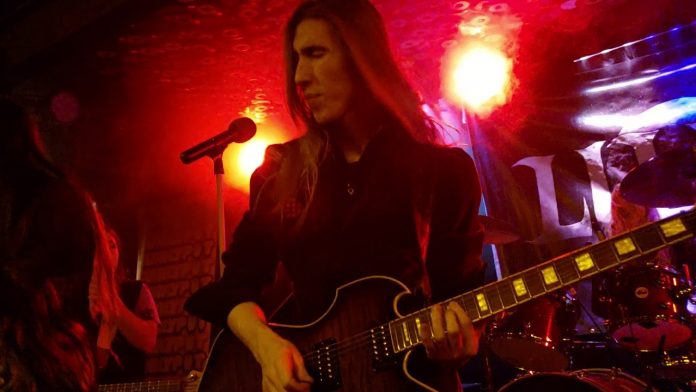 Rock has come back to life via Liliac, a rising band made up of five siblings.

Liliac is a Los Angeles based rock/metal band that took the world by storm in 2016. This female-fronted band brought a unique and fresh sound, which they call ‘Vamp Metal,’ to Rock. The siblings include lead vocalist Melody (18), lead guitarist Samuel (21), drummer Abigail (20), bassist Ethan (13), and keyboardist Justin (12).

Liliac started as a way for the siblings’ father, Florin Cristea, to give them an activity to do instead of playing video games all weekend. Their father assigned each one an instrument and took them to Downey Music Center, where the siblings took lessons for three years. From there, the band started playing on the Santa Monica pier every weekend for many years. As they built their confidence and honed their skills, Liliac gathered large crowds interested in watching the family perform. Little did they know they would become a young music sensation.

At first, Liliac covered famous/popular rock and metal songs, which went viral on all social media platforms. This fame led them to appear on national television on a competition show called “World’s Best” on CBS. After their television debut, Liliac began writing hook-heavy original material with their father producing and recording them in his home studio. They released their first album, “Chain of Thorns” in 2019, which hit number one on Amazon’s Best Seller for Rock Music Charts.

In the summer of 2019, Liliac had its first North American tour consisting of 40 dates in locations from Canada to Florida, bringing in thousands of fans and selling out shows.

They are currently working on their first all-original full-length album, which will consist of 13 powerful songs and will be released soon. Also, a future tour is in the works. The members say they can’t wait to rock the stage. Fans can find their music before then on sites like Spotify, Apple Music and SoundCloud.

With their youth, passion and hard work, it will not be surprising if Liliac begins to make a larger name for themselves, impacting the world and reviving the Rock genre with their unique sound.