Animals have a positive effect on a person’s mental health 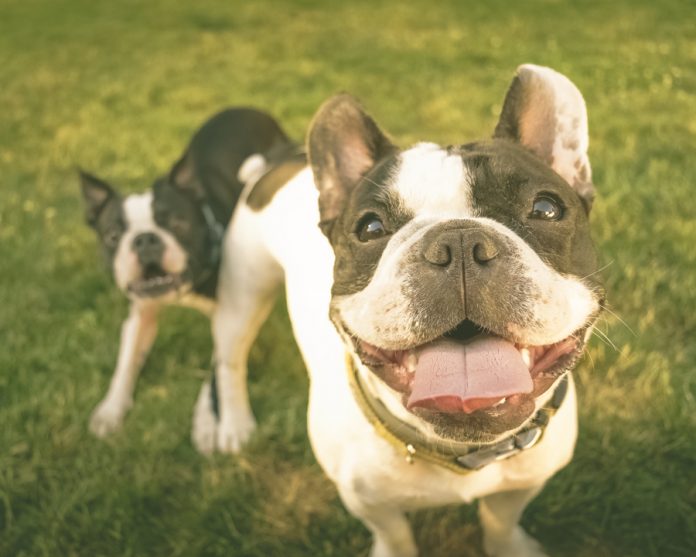 The bonds between humans and animals are irreplaceable. Pets have been known to sense when their owner cares for them and sense when their owners’ emotions change. So, an owner struggling with mental health issues can turn to their animal for support–whether emotionally or physically. Dogs are “man’s best friend” for a reason, and this phrase reigns true within many situations.

The American Pet Products Association concluded in a 2018 survey that 68% of U.S. households owned a pet, which translated at the time to around 84 million homes. According to the Humane Society of the United States, in 2018, 62% of American pet owners considered their pets to be a part of their family. Many even go as far as buying birthday presents for their pets and providing their pets with better healthcare than themselves. Years ago, this would have been labeled as “abnormal,” but in today’s COVID-19-plagued society, with an ever-increasing mental health crisis, people need their pets more than ever.

John Hopkins Medicine reports that 26% of Americans age 18 and older have been diagnosed with a mental disorder in a given year. That is roughly one in every four Americans. Mental health can completely shut a person down–to the point of needing medicine to help manage the symptoms of their mental disorder. Mental Health America reports that 42.5 million Americans suffer from anxiety, and 17.3 million Americans suffer from depression, with 9% being severe to the point of treatment.

The Mental Health Foundation reports that “The companionship that a pet offers is a great way to reduce anxiety and stress.”

Pets are great examples of motivators for people who have been diagnosed with depression.

The Mental Health Foundation reports “pets can also have calming effects on their owner,” and by “stroking, sitting next to or playing with a pet can give owners a chance to relax and calm their minds.”

According to the Mayo Clinic, depression “affects how you feel, think and behave and can lead to a variety of emotional and physical problems. You may have trouble doing normal day-to-day activities, and sometimes you may feel as if life isn’t worth living.”

Pets help alleviate some of the stress that depression causes. The Mental Health Foundation acknowledges that caring for a pet “gives your day purpose and reward, and a sense of achievement.” They also “help you feel valuable and needed.”

The Mental Health Foundation conducted a study with Cats Protection in 2011, which included over 600 cat- and non-cat owning respondents. Half of them describe themselves as currently experiencing mental health issues. The survey concluded that “87% of people who owned a cat felt it had a positive impact on their well being, while 76% said they could cope with everyday life much better thanks to the company of their feline friends.”

This is true for those suffering from anxiety as well. Anxiety can almost be debilitating at times. Some physical symptoms include racing of the heart, sweaty palms and headache.  People with anxiety often think about countless scenarios that probably will not become a reality. Having mild to severe anxiety feels like a person cannot control the situations around them. Animals also help people with anxiety by serving as an emotional support animal.  In 2019, Forbes reported that the number of emotional support animals had grown to over a million.

Animals also are beneficial to the well being of elderly individuals. The National Center for Health Research reports that elderly individuals with a dog or cat “were better able to perform certain physical activities deemed activities of daily living.” This included the ability to climb upstairs, bend over, take medications, cook meals, shower and dress. By having a pet, elderly individuals had a “care-taking” role, and it gave them “a sense of responsibility and purpose” that helped with their overall well being.

Pets’ altruistic nature is why they are amazing to have around. The amount of power and influence that they can have over their owners is astounding. If you do not own a pet, visit a shelter or pet store. You may end up finding exactly what you need.