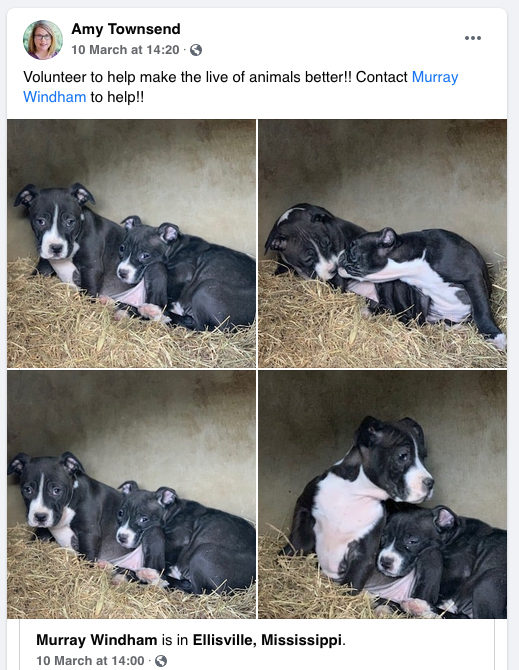 Students know Jones College boasts some of the best college instructors in Mississippi, but what they may not know is some of those instructors contribute to the community in other ways, too.

There are several Jones employees who help rescue and rehabilitate animals, including instructors Murray Windham and Amy Townsend. In their free time these women go out of their way to help the surrounding animals and wildlife in need.

Nursing instructor Amy Townsend received her undergraduate degree at Jones, and both her master’s and bachelor’s degree in nursing at the University of Southern Mississippi. Townsend has not exclusively dedicated her life to helping people though.

She began her journey with the Animal Rescue League in Laurel, Mississippi. After becoming a board member, she went on to become the board president. Even after leaving the board, she continued working with animal rescue and rehabilitation in the surrounding area, including shelters and independent rescuers.

Many people take in animals with no grants or funding. They vet them, foster them, and get them spayed and neutered so that in the long run, they can be adopted out either locally, or even transported up north to be adopted. Other than being a full-time faculty member at Jones, a full-time mother to four children, and a Ph.D. student, Townsend also fosters, rehabilitates, and transports animals herself. She is a licensed wildlife rehabilitator with an organization called Whisper of Hope located on the coast. They take in injured or orphaned wildlife in the area. She has always loved animals.

“I was taught to respect all of God’s creations,” Townsend said.

Humanities instructor Murray Windham never has fewer than ten animals in her care. Windham graduated from Watkins High, now known as Laurel High School, and went straight to the University of Southern Mississippi to receive her bachelor’s degree in English and a master’s degree in British Literature. She is now a faculty member at Jones College and teaches English Composition, World Literature and Intro to Humanities. In addition to her career here at Jones, Windham has worked in animal rehabilitation for 30 years.

She inherited her helping nature from her aunt and grandmother who would never hesitate to help an animal in need. It started off as simply rescuing an ailing dog or cat here and there, but has since grown into much more. She works with fellow faculty member Amy Townsend and other generous individuals to rescue, foster, and rehabilitate animals in the surrounding area. The reward of nurturing a living being back to health and seeing them thrive in a loving home or environment is the driving factor for Windham. She has made it her mission to rescue and rehabilitate as many animals as she can.

“I love being able to help animals, and I also value the relationships I have established with people who share my passion,” said Windham.

She partners with rescue groups across the nation to transport animals to shelters in northern states. The northern shelters do not have overpopulation problems like the southern animal shelters do, so sending the animals north gives them a better chance of being adopted.

Windham said it can sometimes be hard to work in rescue.

“I often have to face unbearable sadness. The capacity for evil committed by humans is just overwhelming,” she said. However, she stays because of her love for all animals, and the need for rescue is great. Windham said that everyone who wishes to help can do so.

“Everyone can DO something,” she said. “Rescue is not limited to organized groups, or nonprofits or superhumans. All of us have the ability to help animals. We make the decision of whether we act or ignore the suffering of animals.”