Twenty years later, dean reflects on being in Washington D.C. on 9/11 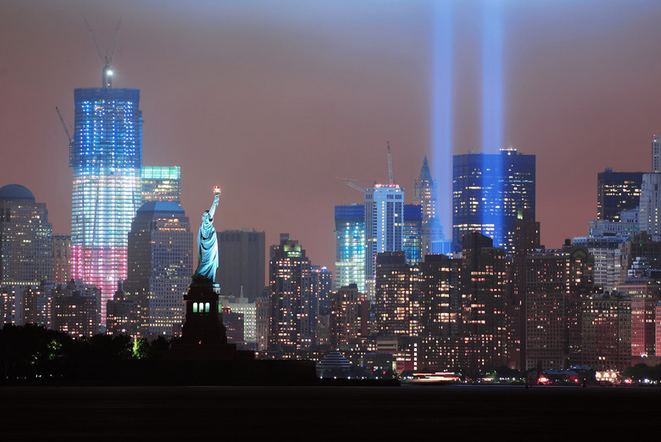 There are no words to express the feelings Americans shared on September 11, 2001.  Many lives were changed and would never be the same.  Men and women left their families on a typical workday and never came home.

It was the day Americans’ eyes were opened, and lives were tested.  The terrorist attack was committed by the Islamic extremist group al Qaeda hijacking four American commercial airliners with a suicide attack. Their attack resulted in the destruction of the World Trade Center, the Pentagon, and the plane with passengers who risked their lives to save The White House.  After 20 years, America remembers those who lost their lives and the families who lost loved ones.

On the morning of September 11, 2001, 21-year-old Jason Dedwylder was in Washington, DC, working and going to Capital Hill University for his Master’s Degree in Public Policy with an emphasis in Defense Policy.  What happened that morning was unexpected to him and the rest of America.  Dr. Dedwylder, who today serves as Jones College’s Academic Dean, went to work early in the morning to beat the city traffic, and what he experienced was a day to remember.  Dedwylder knew DC was a major city that could be targeted, but in reality, believed the security was too strong for anything to happen.  When the World Trade Center was hit, then the Pentagon, the situation seemed unbelievable.  A man Dedwylder worked with saw the plane hit the Pentagon 150 feet above him.

Dedwylder’s co-workers remained calm and brought leadership to their building.  He and his co-workers were the first who managed to escape to Maryland.

“It was a terrible thing that happened that day,” Dedwylder said, remembering the past.

The phone lines were too busy after the attack, so Dedwylder and his co-workers could not get in touch with their worried families to let them know they were safe in Maryland.

“It took me about two hours before I could reach anyone back home and tell them we were all okay,” Dedwylder mentioned in the October 2001 edition of Jones College’s newspaper, The Radionian.

“The rest of the night, some of the people I work with and I watched TV as our emotions raced from one extreme to another,” he said.

Looking back, Dedwylder also encouraged Americans, young and old, to “Appreciate the work we do and stay in politics. We have the best system of government.”

Even though America seemed hopeless, it was only coming together, and America grew stronger.  Many theories around the world have developed about whether 9/11 was a real event.

“I am thankful we can all have our own opinions. I can say it was real because I was there,” he said.

Dedwylder returned to the site during Thanksgiving 2001 as a mission trip with his church at home.

“Many families were impacted,” Dedwylder said.

Even though the families in America were in mourning, they could celebrate what they were thankful for.  Americans were thankful for our country’s military, law enforcement, healthcare workers, and fire department, who risked their lives to keep our country safe and provide the freedom we share.

Although it is common, abuse is a tender topic for many people. People’s minds often default to physical abuse when the conversation is brought...
Read more
Features

According to 2021-2022 statistics, about 70 percent of households in the United States and 90.5 million families own pets. Studies show that owning a...
Read more