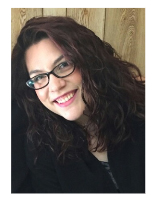 The Mississippi Community College Board Office of Career and Technical Education named Jones County Junior College student Erica Murphy as its January 2017 DISTINCT CTE Student of the Month. Students who win this award receive a certificate, a feature in the organization’s newsletter and recognition on the organization’s social media sites.

Murphy is a Computer Networking major, an officer in Phi Beta Lambda and has a 4.0 GPA. Originally from Painesville, Ohio, she currently resides in Hattiesburg. One of her computer networking instructors, Mitch Dubose, nominated her for this award because of her positive attitude and drive to achieve.

The award, which stands for Determined, Inspiring, Smart, Talented, Innovative and Notable, is given to junior and community college students who are nominated by their instructors because of their academic accomplishments. The Office of Career and Technical Education announces a winning student each month, who then goes on to be nominated for Student of the Year. 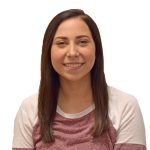 Laurel Little Theatre will open its 62nd season in July with the very new Broadway musical “SOMETHING ROTTEN.”  Auditions are set for Monday and Tuesday,...
Read more
News

When planning classes for the fall semester of 2022, students should have noticed their schedules will look different from this semester.  The administration decided to...
Read more