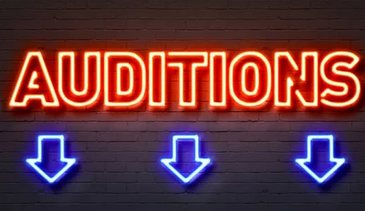 The comedy is centered at a Senior Living Home and needs three men and three women in the cast (a couple of them play older actresses and actors).

The story? A sunny room on an upper floor is prime real estate in the Bristol Place Senior Living Facility, so when the cantankerous Abby is forced to share her quarters with new-arrival Marilyn, she has no choice but to get rid of the infuriatingly chipper woman by any means necessary.

A seemingly harmless bet between the old women quickly escalates into a dangerous game of one-upmanship (or should we call it “one-up-womanship”?) that reveals not just the tenacity of these worthy opponents, but also deeper truths that each would rather remain hidden. The show runs the final two weekends of October.

No preparation is necessary, just go to the Arabian and read from the script with everyone else.  Any questions can be sent to LLTLaurelMS@aol.com.

Laurel Little Theatre will open its 62nd season in July with the very new Broadway musical “SOMETHING ROTTEN.”  Auditions are set for Monday and Tuesday,...
Read more
News

When planning classes for the fall semester of 2022, students should have noticed their schedules will look different from this semester.  The administration decided to...
Read more
News