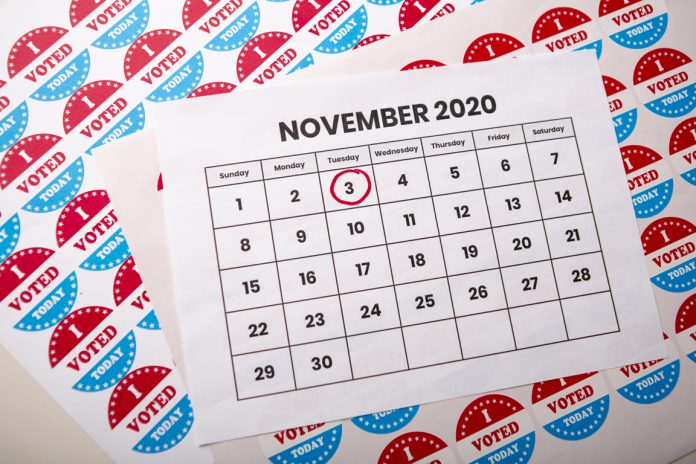 Election Night in America, 2020, was one of the most anticipated nights this year. As the day began, voters across the country made their way to the polls to cast their vote. The election between President Donald Trump and former Vice President Joe Biden was expected to be tight.

Polls across the country had lines out the door throughout the day. Millions of Americans exercised their right to vote as they made their way to the polls. Since the beginning of this election it was obvious that neither candidate had the election in the bag. This would be a fight until the end.

The nation as a whole has been split down the middle over the last few months regarding beliefs and policies as we have inched closer to November 3. It seems that one of the main issues of this presidential election was COVID-19. Both candidates spoke out about the virus with very different opinions. President Donald Trump was opposed to a national mask mandate, while former Vice President Joe Biden expressed that had he been in office, a national mask mandate would have been put in place.

The two disagreed on many other issues, including tax reform, abortion, healthcare, immigration, etc. A few examples: Joe Biden stood with the public funding of Planned Parenthood, whereas Donald Trump opposes public funding of Planned Parenthood. Joe Biden stands behind the Affordable Care Act, while Donald Trump wants to repeal the Affordable Care Act. Joe Biden wants to raise taxes on households that make $400,000 yearly or more, while Donald Trump has recently begun to advocate for a ‘payroll tax cut.’ Each of them fought hard for their beliefs and the race was close. On Tuesday, November 3, the nation went to sleep not knowing who the next president would be. This time of waiting continued for several days, until Saturday Nov. 7, when a majority of news media announced Joe Biden President Elect. Many people across the nation are celebrating, and others are not as pleased with the results.

President Donald Trump, as of Nov. 12, 2020, has yet to concede the race, claiming fraud in many states. He has also filed lawsuits in Wisconsin, Michigan, Georgia and a few others. President-Elect Joe Biden and Vice President-Elect Kamala Harris have both given their victory speeches and are now preparing to be the next leaders of the United States of America.

In an effort to encourage more students to take advantage of vaccination opportunities, Jones College has provided tuition discounts to all vaccinated students and...
Read more
News

Jones College recently offered the COVID-19 vaccine to its students and faculty. Over 70 students have already been fully vaccinated and an overall count...
Read more