Home Opinions Body positivity should be based on good habits
Opinions 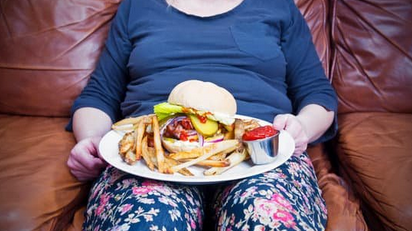 The body positivity movement is widely regarded as a good thing. The movement attempts to promote a sense of self love and acceptance for obese people. However, this movement spreads propaganda that most people might not notice at first. It unknowingly encourages an unhealthy lifestyle that is objectively bad for the well-being of people.

According to Chelsea Kronengold, manager of communications at the National Eating Disorders Association, “Body positivity originates from the fat acceptance movement from the 1960s.” The movement was created for people in bodies that are “marginalized” by society. The trend is in pursuit of social justice; in the process, it made the National Association to Advance Fat Acceptance, a nonprofit organization dedicated to improving the quality of life for fat people and fighting against “fatphobia” and “anti-fat bias.”

There is also another movement that goes hand in hand with the body positivity agenda. This movement is called “Health At Every Size,” or HAES. HAES promotes the philosophy that size does not determine health. Their purpose is to eliminate weight loss as a goal and reduce the stigma toward overweight and obese people.  The HAES movement believes in promoting healthy behaviors that improve symptoms and quality of life without focusing on weight. For example, they think people should engage in enjoyable physical activities and eat nutritious food without dieting or aiming for weight loss. This movement might not seem harmful at first glance and might even sound reasonable. However, the campaign tries to disregard the objective health risks that come with being obese. The movement suggests that being morbidly obese does not make one unhealthy.

An author named Lindo Bacon published a book titled “Health At Every Size: The Surprising Truth About Your Weight” in 2008. Bacon’s book pushes for self-acceptance of any size and the avoidance of crash diets due to the damaging health risks. Although these are good things for people to do, these are not the only things that the movement and Bacon are trying to push. In the book, Bacon said, “The only way to solve the weight problem is to stop making weight a problem—to stop judging ourselves and others by our size. Weight is not an effective measure of attractiveness, moral character, or health. The real enemy is weight stigma, for it is the stigmatization and fear of fat that causes the damage and deflects attention from true threats to our health and well-being.”

This statement that Bacon made is very flawed. Bacon claims that weight is not an effective measure of attractiveness, moral character, or health. While the moral character part is agreeable, the part about attractiveness and health is debatable. Anyone is allowed to find people of any weight physically unattractive. Both a fat and a thin person can be excluded from a person’s preference from an attraction standpoint. Regarding health, weight is linked to a person’s fitness to some degree.

According to my.clevelandclinic.org, a person’s weight will play a huge role in their health over time. Being overweight is linked to several health problems: heart disease, high blood pressure, diabetes, cancers, gout, gallbladder issues, gallstones, osteoarthritis and breathing issues like sleep apnea. The more obese a person is, the higher the risk of developing certain health conditions. A person who is 40 percent overweight is twice as likely to experience death prematurely than an average-weight person. People who are obese will start to suffer certain health conditions that can lead to death within a few years. If a person carries so much weight in the abdomen area, they could be at a higher risk of developing heart disease, diabetes or cancer. The only way to avoid these risk factors is by losing weight. If an obese person were to lose 10 to 20 pounds, it could bring some health benefits like lower blood pressure and cholesterol levels.

A plus-size model named Tess Holliday is a major advocate for body positivity. She is known for making the cover of Cosmopolitan magazine in 2018 as well as being on other magazine covers. She is the largest plus-size model to be signed to a major modeling agency. She is 5’5 and over 300 pounds. Throughout her career, Holliday has been very adamant that she is healthy at the size she is. She has openly said in interviews that she is comfortable in her own skin, and everyone else should be too. She uses what seems to be heartfelt and sincere messages to appeal to people’s emotions and fool people into thinking she is healthy. Her message about being comfortable in your own skin is not inherently bad, but her attempt to influence people into believing that obesity doesn’t come with long-term consequences is a problem. Holliday is spreading her delusion towards millions of people and influencing obese people to be comfortable at such a large size. This would be the equivalent of advocating for alcoholism and saying, “If it makes you happy then do it.” Realistically, the long-term health effects will come later in life. At that point, it’s not about personal happiness. It’s about doing what’s right to save one’s life.

The body positivity movement tries to sell people a fake dream. It panders to obese people and appeals to their emotions so they can avoid accountability for their unhealthy behaviors and habits. The movement puts too much emphasis on making obese people feel good rather than having them make better choices for themselves that would benefit them long term. The movement is too focused on spreading delusion to people, rather than be realistic about the health effects of being morbidly obese.

Procrastination can present itself in different forms and fashions.  It is easy to consider procrastination as something that only affects young, irresponsible or indifferent people,...
Read more
Opinions

There are many debates on what “cancel culture” is and if it is a necessary aspect of society. Cancel culture’s purpose is to end...
Read more