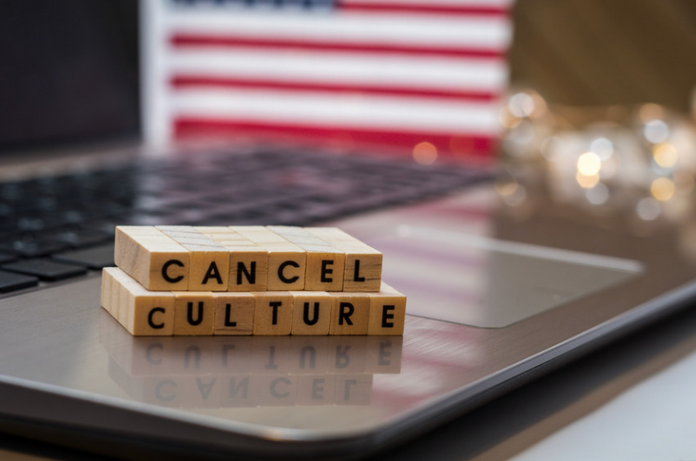 There are many debates on what “cancel culture” is and if it is a necessary aspect of society. Cancel culture’s purpose is to end support for a person (usually a celebrity) because of comments they made that the public deems offensive or morally unacceptable. Its mission is to also call out the perpetrator of these alleged offensive comments so that they can atone for what they said and stand corrected. While this may sound like a good idea on paper, it is too extreme to put into practice due to what is considered “offensive” and what is not. Unfortunately, this culture is still being propagated.

The overall point of cancel culture’s existence is debatable. Some say it exists to hold people accountable for what they say. Others say it is a form of censorship and impairs the use of free speech. The latter is accurate. Cancel culture only wants to silence those who have a different opinion. It also attempts to control what a person can and cannot say and what views a person can and cannot have.

In September 2020, Pew Research Center did a study that involved the liberal and conservative political parties. The study showed that 59% of the liberals believed that cancel culture is defined as “actions taken to hold others accountable.” On the other hand, 26% of the conservatives defined cancel culture as “censorship of speech or history.” Judging by these statistics, it is safe to assume that liberals propagate this movement more than anyone else. Also in this survey, they asked the participants about the act of calling out people on social media and whether this holds people accountable or unjustly punishes them. The study revealed that 75% of Democrats saw calling people out on social media as holding them accountable as opposed to 39% of the Republicans. On the contrary, 56% of Republicans saw this as punishing people who did not deserve it compared to 22% of Democrats.

Americans also explained why they thought calling out people on social media for potentially offensive posts either held people accountable or punished them unjustly. The people who believed that it held people accountable presented these arguments: It is a teaching/learning moment, people need to consider the consequences of what they say, social ills such as racism and sexism are exposed, silence suggests acceptance, it is a step towards a better society, things said online matter, etc. The people who believed that it unjustly punishes people also presented their arguments: People need to consider the context in which the statement was made, people are overreacting, it is a matter of free speech, “offensive” is a subjective term, it does not solve anything and only makes things worse, people cancel anyone they disagree with, etc.

Another question was brought to the forefront of this study as well. The question was whether people who call out others on social media are rushing to judge or are trying to be helpful. Those who agreed that it tries to be helpful suggested that it moves towards a better society and educates people on their mistakes so they can do better in the future. This argument is absurd because the people who believe this put too much responsibility upon themselves to “educate” those who may have made offensive comments. They also think that society will immediately progress because they called someone out on social media. It almost seems like they are trying to get people to have the same moral compass as them.

One victim of cancel culture is Joe Rogan, known for his podcast called “The Joe Rogan Experience.” Recently, he received backlash for spreading misinformation on Covid-19 on his podcast. Neil Young, a singer, threatened to remove his music from Spotify because of Joe Rogan’s comments against Covid-19. Young said in a tweet, “I want you to let Spotify know immediately TODAY that I want all my music off their platform. They can have Rogan or Young. Not both.”

This is not the first time Rogan’s platform has received backlash from the media. He has also received criticism for allegedly making transphobic remarks and having guests who are critical of the transgender community. Recently, 300 medical professionals wrote an open letter to Spotify demanding that the company implement rules around misinformation after Rogan hosted Dr. Robert Malone, a virologist banned from Twitter for spreading misinformation about Covid-19. Rogan expressed doubt towards the scientific overview of Covid-19. He said that “young and healthy people” should avoid getting vaccinated. He also promoted Ivermectin, a drug that FDA warned the public to not take to treat Covid-19. Rogan used this drug to treat his own case of Covid.

People should not put this much value and attention in Joe Rogan’s opinion. He is not a doctor or a medical expert, therefore his misinformed views on Covid-19 shouldn’t matter this much to people. There is no point in cancelling Rogan’s podcast because anyone can spread misinformation about Covid-19 whether it be online or not. It’s nobody’s responsibility to correct him on his beliefs especially if he does not want to be. If someone were to perceive Rogan’s views to be true and take his advice on how to deal with Covid, then that is on them for not doing the research for themselves. It would not be his fault. One thing that people can learn from the Joe Rogan example is to have your own independent thoughts. When Rogan expressed his views on Covid, the people that wanted to cancel him could’ve asked themselves questions: Is he a doctor? Is he a medical expert? Is the information he is giving accurate? If they answered no to all of these questions and refrained from taking what he said seriously, this controversy wouldn’t have happened. This is a good example of how sensitive people can be. Nobody should have to go through censorship because they offended a certain amount of people. If we truly have free speech, then we wouldn’t be trying to control what people can or can’t say. Otherwise it’s only free speech until someone gets offended by what is said.