Do violent video games cause violence?

Over the past three decades, the video game industry has grown from its humble roots to become one of the biggest contributors to the entertainment world. Games that were once simple are now more advanced causing the rise in popularity.

There have been many studies, but none completely prove the correlation. However, children probably should not be given access to titles like “Call of Duty” or “Grand Theft Auto,” and there are methods in place to prevent that.  Parents also have a right to decide whether or not their child is mature enough to understand fantasy from reality. 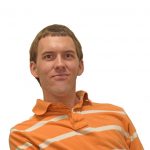