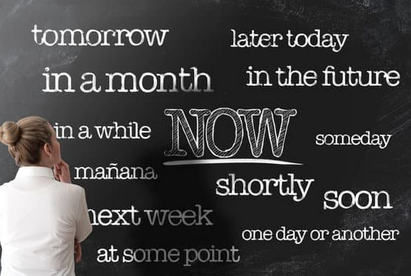 Procrastination can present itself in different forms and fashions.

It is easy to consider procrastination as something that only affects young, irresponsible or indifferent people, even though those are not the only people it can affect. All people have had a time when they were tempted to tell themselves, “I can just do that later.” Procrastinating can become a very slippery slope in just a short time.

There are only three weeks left of college and finals are approaching fast. Students should not give in to procrastination. If students start reviewing the material they already have, they are more likely to see a better outcome on their finals.

Students are not the only ones who should try to steer clear of procrastination. Professors are also sometimes known to delay responding to students’ emails, grading assignments and notifying students of the materials that should be reviewed in order to do well on assignments.

Procrastination can cause problems on both sides of the spectrum. If students procrastinate on schoolwork, they are likely to make lower grades. If professors delay giving students the information they require, the students may not do their best.

How can this problem be solved? First, people should start a task as soon as they are aware of it. Secondly, people should set a goal date prior to the deadline so they will be sure that they finish on time. Last but not least, if people break an assignment into smaller sections, they can plan out which section they will need to complete in a set amount of time.

Procrastination may be unintentional for some, but that doesn’t mean it can not be detrimental. When everyone does what they can to solve the procrastination epidemic, everything will likely run more smoothly.

There are many debates on what “cancel culture” is and if it is a necessary aspect of society. Cancel culture’s purpose is to end...
Read more