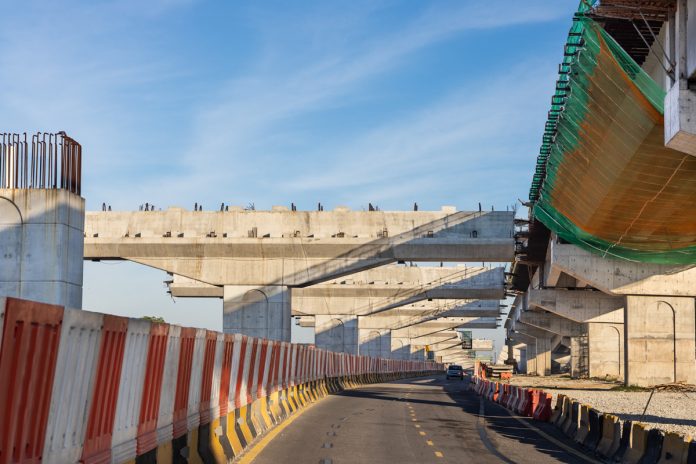 America prides itself in being the best in terms of many things such as military power, wealth, and allegedly being one of the best places to live in the world. With recent events such as Texas’s power grid failure, the Flint Michigan Water Crisis, and potentially older events like the devastating Minnesota bridge collapse in 2007, it is becoming increasingly clear that America has an infrastructure problem for which its citizens are paying the consequences. Everyone must have safe and reliable infrastructure, and if the nation prides itself in anything, then it should be how safe and efficient its people can move around and be productive.

According to the American Society Of Civil Engineers (ASCE), America has a C minus report card in terms of infrastructure. The ASCE highlights that 43% of public roads are in poor or mediocre condition. There is a water main break every two minutes, estimating 6 billion gallons of treated water lost each day in the U.S., and 45% of Americans have no access to transit. The ASCE said of transit:

Infrastructure is critical to maintain both for citizens’ convenience and the economy. Reliable infrastructure enables supply chains and allows for better employment and more  significant opportunities for healthcare and education. Some people don’t have a job because they have no way to travel to said job reliably. Poor roads also directly affect citizens in the forms of maintenance costs to vehicles, more gas in alternative routes, or poorly designed roads resulting in higher chances of wrecks.

Lack of infrastructure also increases poverty, which is linked to higher unemployment and crime rates. Infrastructure is one of the key points to having a happy, healthy and productive society. Infrastructure is something that one might not immediately think of as an important issue, but it encompasses many things such as sewage systems, bridges, drinking water, schools and more.

It is disappointing that people live in severely underdeveloped homes and cities while the nation is spending millions abroad to send bombs to places few could point out on a map, much less be knowledgeable regarding conflicts there. The government should focus its fights on its domestic problems that its people face every day. Building infrastructure is also an excellent employment opportunity, and it is very fulfilling when a community can see their voices have been heard and see improvements being made.

As political commentator Micheal Parenti states: “It cost a lot to build an empire, it actually cost more to maintain it than they take in, but that’s okay because one group of people (elites and the military complex) receive the benefits and another group of people pay the costs (the average working class).”

Much money is spent, and it’s often money that should have been allotted for the people’s infrastructure, meaning the people who pay the costs have to deal with underdeveloped infrastructure. The U.S. population should make it uncompromisingly clear that they won’t accept a country with poor infrastructure, especially while living in one of the wealthiest nations in the world.

The year 2020 changed the lives of everyone. People lost jobs, businesses were forced into closure, and schools changed instructional methods to online. Those...
Read more
Opinions

Colleges should not require COVID-19 vaccines for students

The COVID-19 virus has changed the world and taken many lives. Fortunately, there have been vaccines made to protect individuals from getting sick. Three...
Read more
For and Against

Against a minimum wage increase

According to Merriam Webster, the definition of minimum wage is: “Living wage, the lowest wage paid or permitted to be paid.”  In the U.S.,...
Read more