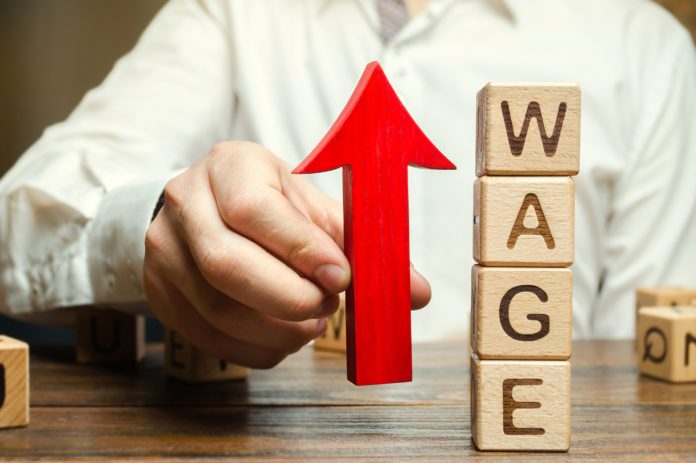 The gap between the rich and poor within American society is continually expanding. As of 2021, the Statistica Research Department reports that there are currently 33,980,000 people living below the poverty line within the United States. They also reported that in 2019, a little more than 53% of Americans had an annual household income of less than $75,000. It is unfortunate that most Americans are barely getting by with what they make from their full-time jobs. American politicians need to do better by enforcing an increased minimum wage that will allow many Americans to bring home a significant increase in their finances and to live without the stress of eviction notices, overdue bills and possibly starvation.

According to the U.S. Department of Labor, the current federal minimum wage is $7.25 per hour, which Congress has not increased since 2009. This hourly wage is barely enough to buy a fast-food meal, let alone pay bills. For example, if an employee made $7.25 per hour working full time, around 40 hours per week for most companies, that would be $290 for the week before taxes are deducted. Most minimum wage jobs pay their employees bi-weekly, so they would make $580 before taxes every two weeks. For an entire month, they will earn $1,160 before taxes. After taxes, they may be left with around $940 for the whole month. After factoring in rent, groceries, water, gas, electric and phone bills, said person would be left nearly in the negative with finances. America is supposed to be the land of “opportunity,” but where does that opportunity lay when millions of Americans can barely keep their families afloat?

Congress is currently trying to pass the “Raise the Wage Act of 2021” that would gradually, over the course of the next four years, make the American minimum wage increase to $15 per hour by 2025. According to the Economic Policy Institute, the pay raise would include the following:

The Economic Policy Institute also reports that today for a single adult without children, the average cost of yearly expenses is at least $31,200–what a full-time worker making $15 per hour earns annually. In other words, making $15 per hour is only the bare minimum for living adequately.

The coronavirus pandemic also made it hard for essential workers–who often make less than $15 per hour. The Economic Policy Institute states that essential workers make up 60% of those who would benefit the most from this pay raise. Some examples of essential workers include teachers, nursing aides, grocery clerks, janitors and cooks.

Tipped workers are another group that would benefit from the minimum wage raise. The Washington Post reports that employers in 43 states can pay tipped workers as little as $2.13 per hour, with the notion that customer tips will make up the difference so servers can earn the minimum wage. The problem with this is that waiters and waitresses are not guaranteed tips. The restaurant can have a slow day or shift. So, a worker is not guaranteed to take home a certain amount on a given day.

All in all, the American economy may fare well with the increased minimum wage, and it may not. Only time will tell if the new minimum wage is instituted. Americans must learn from this that there is always uncertainty behind any piece of legislation that is passed by Congress and that if we do not take action, many Americans will continue to dwell in poverty and the country’s pay gap will continue to increase.

For an opposing article on this topic, visit: http://www.bobcatpress.com/opinions/against-a-minimum-wage-increase/