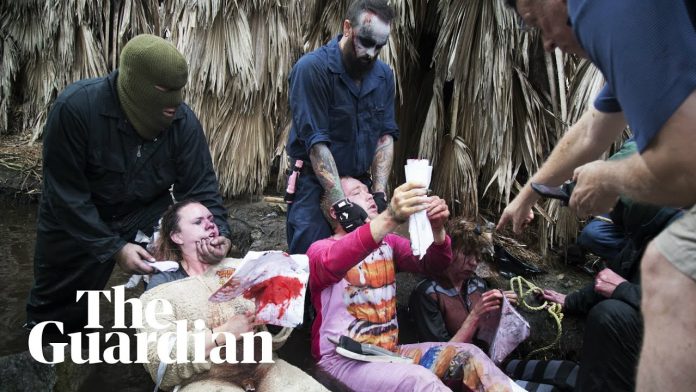 As Halloween approaches, there is talk about haunted houses, spooky trails and other Halloween-themed events. Most conversations are based around the excitement of such activities, although a select few events actually bring up the topic of psychopaths.

One such place is McKamey Manor, owned by Russ McKamey, who originally started the project in his backyard. Now, the haunted tour stretches across two states and lasts roughly 10 hours (usatoday.com). McKamey Manor has been featured in several publications and on Netflix, and videos can be viewed at mckameymanor.com.

There are quite extensive requirements even to start the experience. A person needs to be 21 years of age, and they must bring a doctor’s approval and proof of medical insurance. Additionally, a person must complete a sports physical, background check, screening and a drug test. Lastly, a potential victim must sign the dreaded 40-page waiver.

The waiver includes absolutely repulsive agreements. Anyone who signs the waiver risks having fingernails removed from the nail bed or having a hand smashed. Participants agree to the risk of traumatic brain injury, a stroke or death. Furthermore, participants subject themselves to medieval torture devices, fish hooks to the mouth, extracted teeth and tasers. The list goes on and on, but McKamey has alluded that not everything stated in the waiver actually happens. In an interview with the Washington Post, McKamey said that he did not “want to confirm or deny which areas are real and which are not” when asked about the extensive waiver.

To enter the manor, the initial price is a bag of dog food. Participants start the experience with a chance to win $20,000. Every time they fail to complete an activity, they lose $500. In addition, every time a participant says a curse word, he or she loses $500.

The question is, why do people put themselves in this potentially dangerous position. An article from npr.org explains that most people release the hormone cortisol when put into a scary situation. Cortisol is the hormone that causes the “fight or flight” response. However, people that love adrenaline release dopamine, a hormone associated with pleasure. Being adrenalized for these people is genuinely fun for them.

Meanwhile, the people who release cortisol in such situations question the sanity of people willing to enter the McKamey Manor. These people recognize the danger and pure absurdity of the situation.