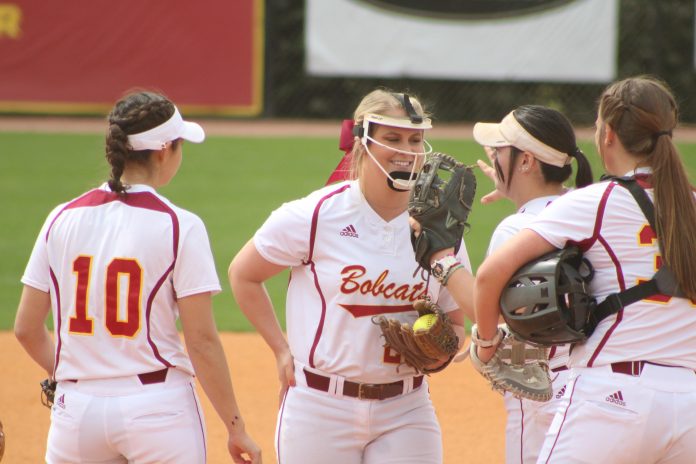 On March 11, 2020, the day before Jones classes were indefinitely postponed, the Bobcats baseball team took to the diamond to play against the Baton Rouge Bears, for what would be the last game of the season. The first game resulted in an 11-1 blowout by Jones. The Bobcats shutout the Bears after their first, and only, score in the first inning. The second game was closer than the first but still resulted in a Bobcat win. After being down 1-3, Jones scored 3 times in the seventh inning to make a final score of 4-3.

Prior to those two wins, the Bobcats were going through a three-game skid, the fourth time that season that the team suffered consecutive losses. Their overall record before the pandemic ended their season was 6-11 and they ranked fourteenth in the MACCC. This was an unusual start for the baseball team considering that the program has not had a season with more than 12 losses since 2011.

“We took some lumps early as some of our key players were on injured reserve. Going into conference play, we were gaining some momentum and playing confident baseball,” said Head coach Chris Kirtland.

Baseball had ten sophomores who graduated last spring, none of whom got the chance to finish their season.

“It was not ideal to watch the season be canceled and these players not get closure on the 2020 season,” said Kirtland. “They put so much work into the year, and for it to come to an unexpected halt was frustrating for many. The toughest thing was looking back and knowing that none of them knew that they had played their final game as a Bobcat until well afterwards.”

Kirtland said that even though they lost ten sophomores they must move on and “reload” with a new group of talented freshmen. The returning sophomores have a lot on their plate this year due to the high expectations of the program, but they are confident that they will get the job done.

“We have a really good class coming in, and I think this team has a chance to be special…Our season was ripped out of our hands last year, and I know that will be fuel to make us go even harder,” said returning sophomore Murray Hutchinson. “Jones is a special place, and it’s time to bring a trophy back to Ellisville.”

Like baseball, softball also played their last game on March 11 against Coastal-Alabama-South in Ellisville. The #4 Lady Bobcats won both games, the first 6-1 and the second 7-1. The first win came down to the sixth inning where both teams were tied at 1-1 until Jones scored 5 times and distanced themselves from Coastal Alabama for the win. In the second game, Jones got down to business relatively early, scoring 3 times in the third inning to make it a 4-1 Lady Bobcat lead. They went on to score once in the fourth inning and twice in the fifth to make it a 7-1 lead. Those two wins, which would cap off the Lady Bobcats’ 18-game season, improved their overall record. Closing out the season 15-3, the Lady Bobcats were ranked third in the MACCC and fourth in the nation.

Softball also went 2-0 in conference play. Like the other spring sports, disappointment befell the softball program as well, especially since they were having a great start to their season.

“It was a tough way to end the season for sure. I felt like as a team, we had really started to come together and have some really good wins,” said Head softball coach Chris Robinson.

“A few weeks at home passed, and we got the news that we weren’t coming back, and that’s when the real disappointment set in….we all knew that season was going to be so special,” said Pope.

Despite losing opportunities at a state, region, and national title, she said the biggest disappointment was not being able to be around the sophomores who graduated last season.

“It was sad, but it was also super sweet as we looked back and realized how great of a bond we had formed as a team,” she said. “We were all so torn to think about not playing together again.”

Softball lost eight sophomores last spring. However, Coach Robinson was, and is, very confident in his returning sophomore class after witnessing them develop as freshmen last year.

“We got to where we were starting 6-7 freshmen a game… and really, and truly, all of our freshmen were playing well. I look forward to seeing their growth,” said Robinson.

It’s November, and as football season nears its end, basketball season rapidly approaches. Since the regular season has been postponed until January, teams have...
Read more
Sports

There was much uncertainty about continuing the 2019-2020 NBA season, but the National Basketball Player Association felt that they could resume with safe measures...
Read more
Sports

In the juco ranks, the MACCC conference has had to postpone and cancel games in the past few weeks due to COVID-19 outbreaks like...
Read more