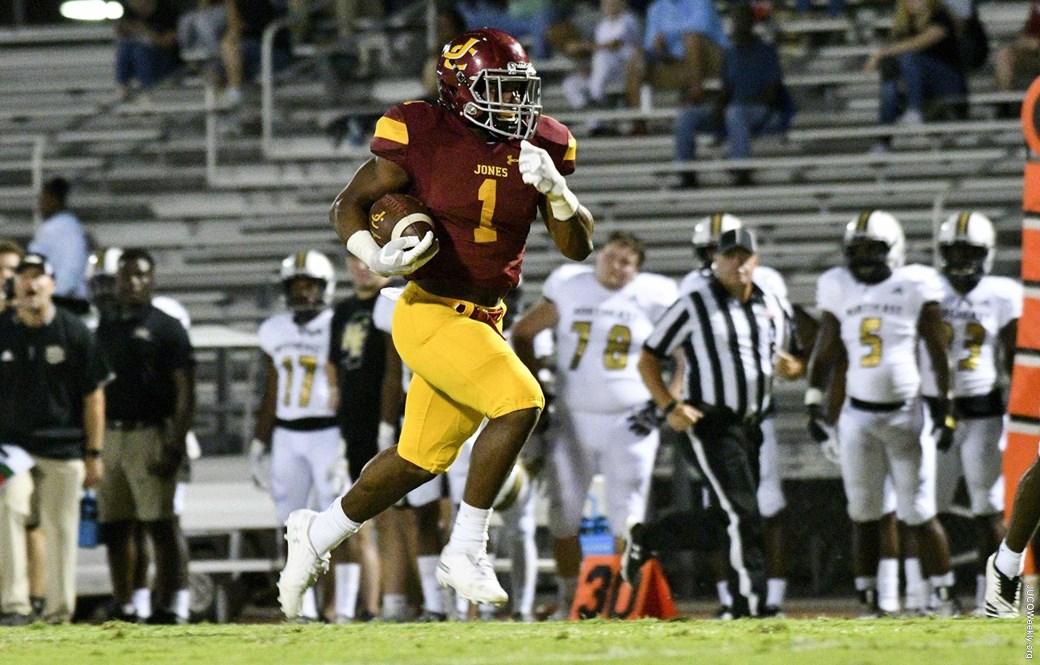 On Thursday, the Bobcats breezed by the Northeast Mississippi Community College Tigers, defeating them by a score of 35-3.

The Bobcats’ rushing game exhibited pure dominance over a helpless defense. Runningbacks Kalyn Grandberry and Ladamian Webb both had superb outings, as Webb would finish with 169 rushing yards and two touchdowns whereas Grandberry would end up with 149 rushing yards and one rushing touchdown. If this game is any indication, Jones will become less reliant on a bell-cow approach with Webb, allowing Grandberry to have more carries. Fans have much to be optimistic about, as both running backs have plenty of talent for the coaches to utilize going forward. The team’s other scores would come on a pass from quarterback Fred Barnum to receiver Bud Tolbert and a punt return by receiver Manny Jones.

On the other side of the ball, the Bobcat defense would also show the same superiority. Northeast would be held to a meager 190 yards offensively as opposed to Jones’ 434 offensive yards. Third downs would also haunt the Tigers as they were only able to convert three out of 14 times throughout the game. Linebacker Mike Cockream would lead the team in tackles, totaling eight on the night. Sophomore defensive back Lakevias Daniel was also noteworthy, having the team’s only takeaway of the game as well as two tackles, one of them being a sack.

Jones now heads into an important game on the road against ranked Copiah-Lincoln Community College on Oct. 19. Fans can watch the game on jcjc.tv.