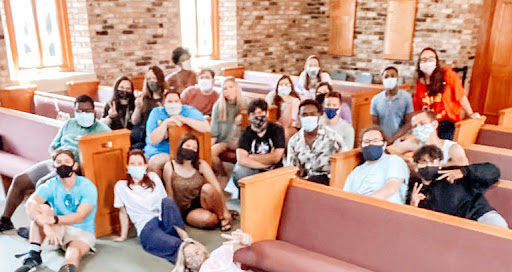 “I was nervous because it was my first recital as a freshman, but I went first so it was nice to get it out of the way. I played Sonata No. 2, Presto by George Frideric Handel. I did pretty well because I didn’t really mess up, but the acoustics of the chapel kind of threw me off guard a little,” said Kaylea Yates, a music education major.

“I enjoyed performing for my peers because they were all very encouraging, and many of them told me a great job when class was over. Maybe next time my performance anxiety will fade some,” she said.

Music majors who have taken private lessons will perform their next recital during Spring 2022.

It was 48 years ago that a young Steven Nowicki met Catherine Cappiello. He was from NYC, a recent graduate of Adelphi College just beginning Yale...
Read more
Uncategorized

Things are looking a little different on the Bobcat campus this semester. Faculty and staff are taking every precaution to ensure students’ safety as...
Read more